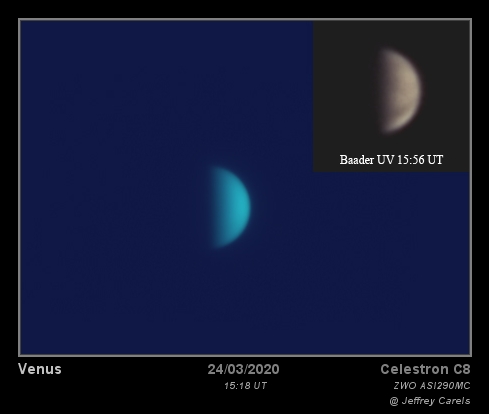 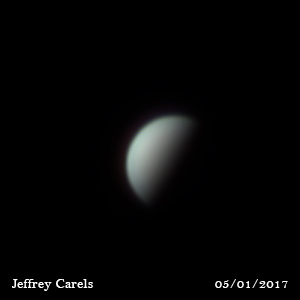 Venus on the morning of the 10th september 2015. This was a daylight observation as the sun was already up. One image with barlow and one without barlow. 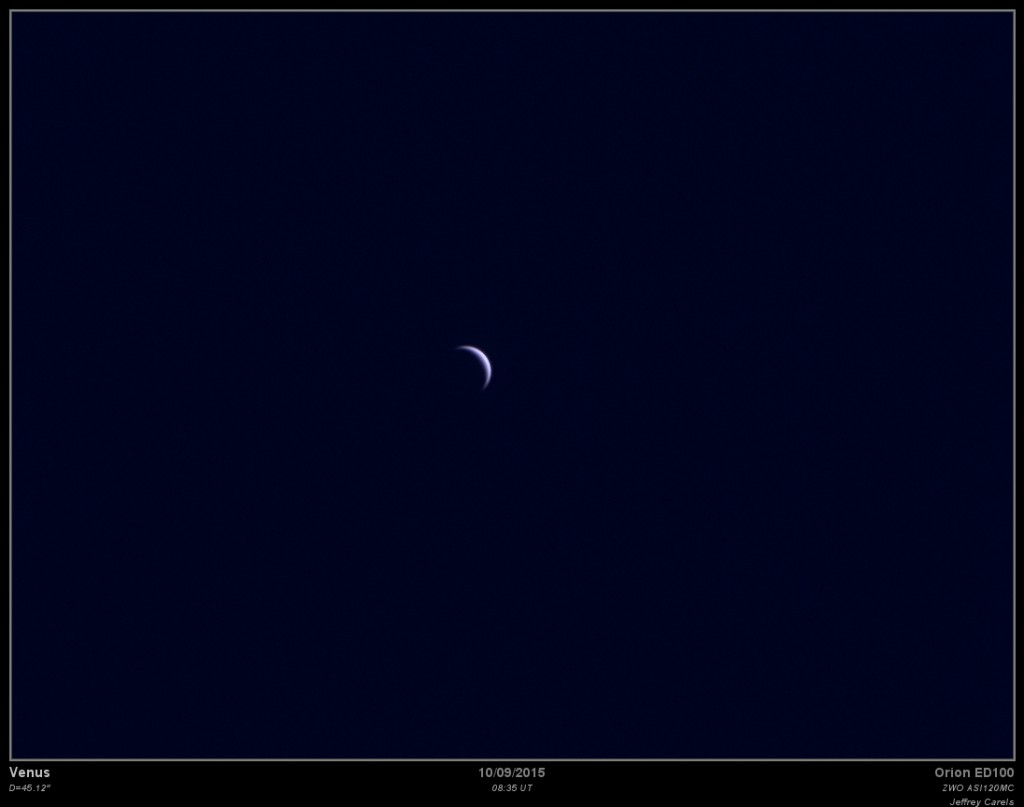 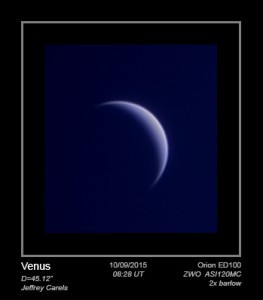 Image of Venus taken the 22th of April 2015. Seeing was very good that evening. Equipment used was an Orion ED100 with a 2X barlow and an ZWO120MC.

Venus on the evening of the 15th February 2015. Seeing was very bad on that evening. Some Atmospheric Dispersion is visible. Equipment used was an Orion ED100 with a 2X barlow and an ZWO120MC.

Image of Venus taken with a Sony Digicam behind the eyepiece. Not sure what telescope I used at that time.